Winged or not, warm hearted or not, the gods of love and desire would cause the greatest joy and the greatest pain among both Gods and humans – pretty much what happens today as well.

Here we will present a list of the most known Greek gods and goddesses of love; the deities that inspired passions among Gods and mortals and of course a series of myths and stories in the Greek mythology.

Eros, the Greek god of love and fertility 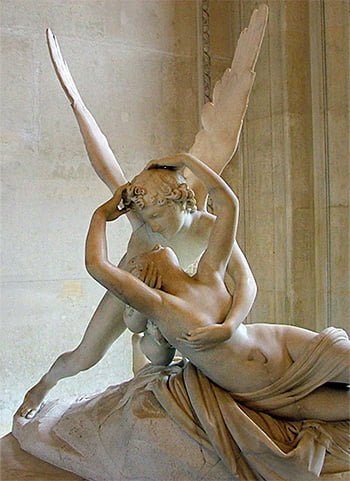 Eros was the Greek God of love and fertility. The Romans later called him Cupid.

Eros has a long history, dating from Ancient Greece. God Eros was one of the most important gods in Ancient Greece, one of the three deities who created the world according to Hesiod’s Theogony, which describes the origin of the gods.

“In the beginning there was Chaos” says Hesiod. But three elements coexisted: Chaos, Gaia and Eros. Eros did not give birth to other gods, but encouraged and facilitated the birth and creation. From Chaos, were born Erebus and the Night and their children were Aether and Day.

Particular attention was given to god Eros from the ancient tragedians. Euripides especially separated Eros  into positive and negative force, as it can lead to both virtue and the misery. In later times, Eros was depicted as an overweight winged baby, carrying a bow which he would use to shoot off arrows randomly, causing people and gods to fall in love. Again according to the myth, Eros had two kinds of arrows: the golden winged pigeons and the feathered owls. The arrows with the wings of pigeons were those cast in the hearts of mortals and immortals, to stimulate erotic feelings.

The prevalent myth suggests that Eros was born of the commingling of Venus with Mars a nice summer evening. As a true son of the Goddess of beauty, Eros was the god of love, lust and sexual activity. According to all the Greek myths, Eros was beautiful, but also a constant source of trouble for both gods and mortals.

Brother of  Love was Anteros and his close associates were named Desire and Himeros. One of the most known myths about Eros is the myth of Eros and Psyche.

Pothos, the Greek god of passion

Pothos was the son of Eros and Aphrodite, or according to another myth, the son of  Zefyros and Iris. His brothers were Imeros and Anteros.

Pothos wanted to become one of the attendant “love deities” of Venus,  but could not achieve that, so in the minds of people Pothos was synonymous to the unfulfilled desire.

Anteros, the brother of Eros, was the deity of the reciprocal love, but also the avenger of the unrequited love.

Anteros, along with Eros, was one of the winged gods of love called Erotes, plural of the word Eros in Greek translating to “loves”. Erotes were the two attendant love deities of Aphrodite, and they were usually depicted as winged babies following Aphrodite, their mother.

Hymenaios, the Greek god of marriage

Hymenaios was the deity of marriage and matrimonial life. Hymenaios would attend all weddings. If he didn’t, the marriage would be doomed. He was always present at the weddings of the Gods.

Later on, the Greeks used the word Hymenaios to describe a genre of lyric poetry and songs performed in weddings.

Aphrodite, the Greek goddess of beauty and lust 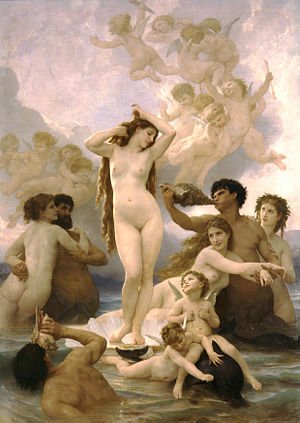 Aphrodite was the goddess of beauty and illicit sex and, less frequently, she protected the marital life. Her sacred symbols were the white doves, a pair of pigeons dragging the chariot and also the poppy, the pomegranate blossom, the rose, the myrtle and the anemone. Eros was the son of Aphrodite.

Gods and mortals had to surrender to the divine colorful journey of the senses, the rivers of desire, passion and pleasure, enjoying the divine gift of love, as offered by Aphrodite. Her name is associated with numerous myths about love affairs, such as the myth of Aphrodite and Adonis, and of course the beginning of the Trojan War.